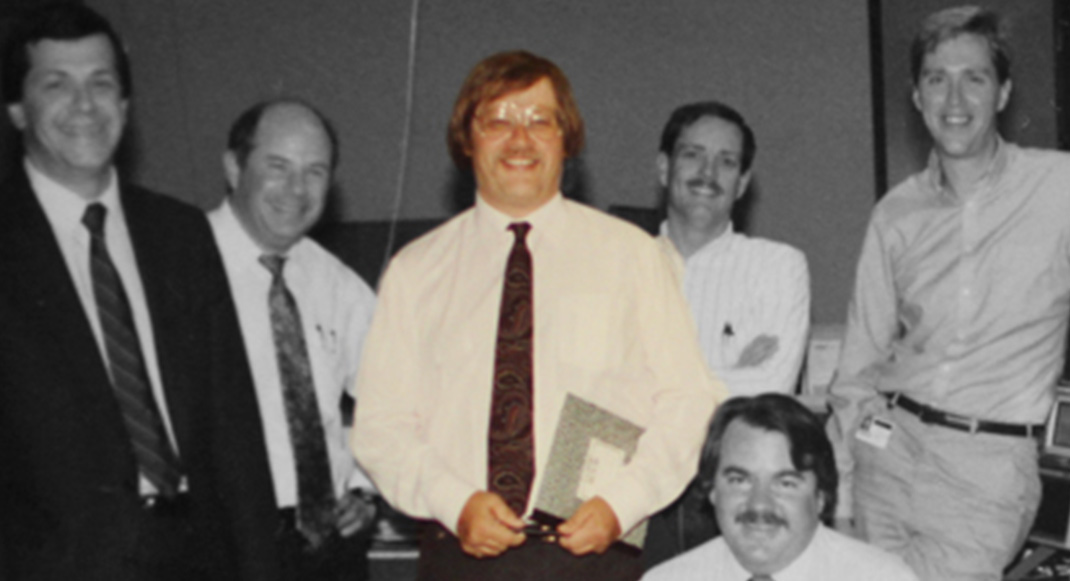 Alumnus Robert Norman (EE 70) was one of the inventors of a key portion of the consumer digital age. Every cell phone (to pick one example product of many) is built according to the overall design he pioneered. He was a prolific inventor, receiving the Lifetime Achievement Award of the Flash Memory Summit in recognition of his role as the architect of the now ubiquitous System Flash Memory. He worked in many aspects of the computer field and made significant contributions to all of them. It is likely that he is the Hardrocker most listed as a U.S. patent inventor.

Robert D. “Bob” Norman, Jr. was born in Gettysburg, SD, on January 22, 1948. He had a typical youth for the time and era: lots of outdoor activities with a particular interest in sports. He graduated from Gettysburg High School in 1966. He entered college that fall at South Dakota Mines, majoring in electrical engineering. Norman was considered by his contemporaries to be a capable student but was not recognized as a brilliant one. A friend from elementary, high school, and college said that he became a focused student during his higher education. When he graduated from Mines in 1970, he had a wife and two sons. He recounts having been offered two jobs in Minneapolis, one paying $10 a week more than the other. He said the jobs looked to be similar, so he took the higher paying one. He joined Sperry Univac, one of the pioneers of digital computing. As is often the situation in a successful company, they had pioneered a market segment and now had a group of “legacy” products. At one time, computers, whether made by Sperry or not, were often called Univacs because of their pioneering role.

In his initial Univac assignment, he was a product test engineer working on the manufacturing floor. In those days, there was a substantial amount of individual tuning and adjustment necessary in completing each major product prior to shipping it. In addition, there were individual customization requirements for nearly every order. After a year, Norman was assigned to the product design group. Univac and other computer manufacturers were converting from volatile memory elements (e.g., ultrasonic delay lines) to various forms of non-volatile memories, such as ferrite cores and rotating drums. At Univac, there was also substantial conversion from vacuum tube circuitry in the legacy products to transistor-based designs. At the same time, integrated circuits were making inroads into the electronics of computer design. He stated that at the time, he was disappointed to be assigned to the manufacturing floor role, but he later realized that it was the best possible opportunity because he learned firsthand how design decisions affect the manufacturing operation and thus the product.

After five years with Univac, Norman joined Texas Instruments (TI), one of the pioneers in microprocessors. At TI, he worked on both microprocessor applications and forms of non-volatile memory elements. He left TI after nearly three years. In an interview1 for the Computer History Museum (CHM), Norman mentioned that the experience at TI was radically different from that at Univac. It is clear from his comments that TI provided a significantly more challenging work environment and one that Norman welcomed. He described it as “lots of freedom, but you better be right.” He became a project leader of a design team.

Norman then joined Storage Technology Incorporated (STI) in Colorado. STI made disc drive memory units. This technology had been pioneered by IBM. STI had products that offered better specifications and more attractive pricing. Norman’s assignments at STI were focused on product and process improvements. He made several innovative adaptations to STI’s products and to important internal test and calibration equipment. He also developed a substantial understanding of how these products were used in the computer industry. In his CHM interview, he mentions some degree of frustration that some substantial improvements that he developed at STI were not commercialized by the company. Prime among these were production diagnostics by way of software and pioneering work on servo control of the product itself by software. It is also clear in the CHM interview that Norman had grown considerably in his appreciation for what is important in industry. In particular, he learned how to evaluate product concepts and team personnel. He also came to believe that “it is meaningless unless it sells.”

After six years with STI, Norman joined startup company Monolithic Memories Incorporated (MMI) in California in the heart of Silicon Valley. He had barely joined this company when it was acquired by a major producer of integrated circuits, Advanced Micro Devices (AMD). Norman’s agreement with MMI required that he remain for a year following the acquisition. In his CHM interview, Norman states that the revised direction that MMI/AMD was taking did not fit his interests, so he joined another startup, SunDisk.

SunDisk, later known as SanDisk, had a concept of nonvolatile memory technology that promised significant performance improvement for certain specialized but potentially important markets. It was in this organization that his preparation intersected with substantial opportunity. SanDisk had the technology for creating what has become known as flash memory. Norman had worked with and developed internal systems and special projects at STI that in many ways anticipated aspects of utilizing this development.

SanDisk was the opportunity for which his preparation was a lock and key situation. They had the technology for a new market fit. It would make possible products that had been long desired but not attainable with the hitherto known technologies. SanDisk did not have the appropriate understanding of what it would take to make their technology fit the needs of the market opportunity. Norman had been working on the other side of that matter since he graduated from Mines.

One of the founders of SanDisk, Eli Harari, described the initial planning discussions that led to the first flash memory products. He and cofounder Sanjay Mehrotra described to Norman the physics and technology of the memory chips. Norman explained to them how disk memory technology worked and the behind-the-scenes infrastructure it took to make them work. Following these discussions and based on them, he spent several days writing a more than 60-page document that was the basis for a series of products and patents that defined system flash memory and secured the success of SanDisk.

The initial situation was replacement of floppy disks and some mini-hard drives with a smaller, more rugged, reliable, and versatile device. Within a few months, the product definition was complete, prototypes were underway, and - especially important for Silicon Valley - several patent applications were in process. In his previous companies, patent applications and patents themselves had not been prized. He had not been named on a patent application in nearly two decades in industry. In the CHM interview, he indicates that several of the important contributions he had made in these earlier jobs were patent worthy, quite valuable, and he was now surprised that these organizations did not have the process or culture that prized them.

Crucially important was the rapid development of the product itself. He led a team of close to a dozen engineers from concept to available product in less than a year. From product introduction, flash memory was recognized as substantial game-changer.

For the next half-decade, he led product development efforts at SanDisk, resulting in substantial growth, a myriad of new products, and many patents. Flash memory products became widely used in computer applications and continue to be used in a wide variety of high technology consumer products. Without flash memory, cell phones would be more like the fictional scaled-down “walkie-talkies” used by Maxwell Smart than the ones that have fueled the revolution in personal communication devices of the current century. Likewise, digital cameras, which during the same time have gone from almost toys to the product that has substantially reoriented photography, were vitalized by system flash memory.

Norman’s accomplishments in flash memory development were recognized by the Flash Memory Summit awarding him its Lifetime Achievement Award in 2015. This award citation in part reads:

He was the key system architect of “System-Flash,” the hardware and firmware that has made both NAND and NOR flash a practical medium for data storage throughout the computer industry.

Norman went on from SanDisk to additional product development at Micron and then to consulting work with other leading companies in the semi-conductor and computer fields. He is listed (April 2022) as the inventor or co-inventor on 107 issued United States patents. There are several more applications in process. Most of these issued patents have foreign filing counterparts which would imply that on a worldwide basis, he is likely to be recognized on over 200 patents. Two of these patents were crucial factors in the success of SanDisk. The technology arts described in them were and are foundational to much of modern computerized living. They are found in computers, kitchen appliances, automobiles, airplanes, cell phones, cameras, televisions, thumb drives, and other products.

While system flash memory is the most important technology to which Bob Norman contributed, he also had the opportunity to revise the system interface for disk memory devices. This was a return to the first job he had after graduating Mines where he worked on drum memory devices which were the precursors to disk memories on which he later worked at STI.

Clearly, he was a superb leader of technology development. He was also highly regarded as a collaborator. His work ethic was extremely high – he did his part and more. He became highly proficient in drafting patents for his organizations. His technical insights, thoroughness, and patent drafting skills combined to create significant value even when he was not the inventor of the subject art of these patent applications. In his CHM interview, he took pride in this ability. In his final engineering role, he and his coinventor colleague, Eli Harari, were reunited in a new venture.

Norman had experiences and personal characteristics that may inform us regarding his career and the clear success he had in and from it. Perhaps, an early and telling experience is that he was diagnosed with juvenile onset Rheumatoid arthritis when he was eight years old. This condition made it difficult for him to participate in athletic endeavors, which were a significant part of a small-town South Dakota boyhood. He handled this by playing sports until he could not and then by serving his teammates as student manager. He later needed knee replacement surgery and for his final fifteen years a wheelchair. In all accounts, this condition is only mentioned in passing but not in any way as defining.

Another characteristic of Norman’s career is the deliberate choices he made to learn new technologies. He mentions leaving Sperry Univac for TI because he wanted to learn more about integrated circuits and where better than where they were being developed and applied. Joining STI was predicated on learning about disk memory applications. Likewise, the move to Silicon Valley: to be involved in more cutting-edge applications. In these situations, not only did he learn, but he became a substantial contributor. In the CHM interview, he mentions that he made a point of reading new books at the rate of one or two a week.

Norman completed his last designs and patent applications while in hospice care. He died a few days before his 73rd birthday, survived by his mother, wife, two sons, daughter, brother, sister, and three grandchildren.

He was decidedly a High Impact Hardrocker! 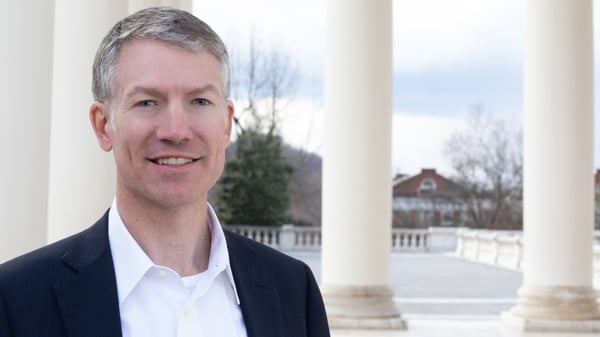 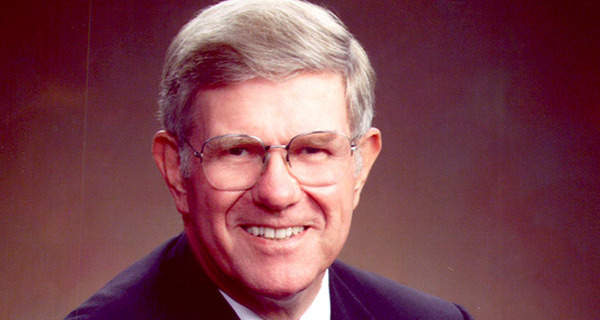