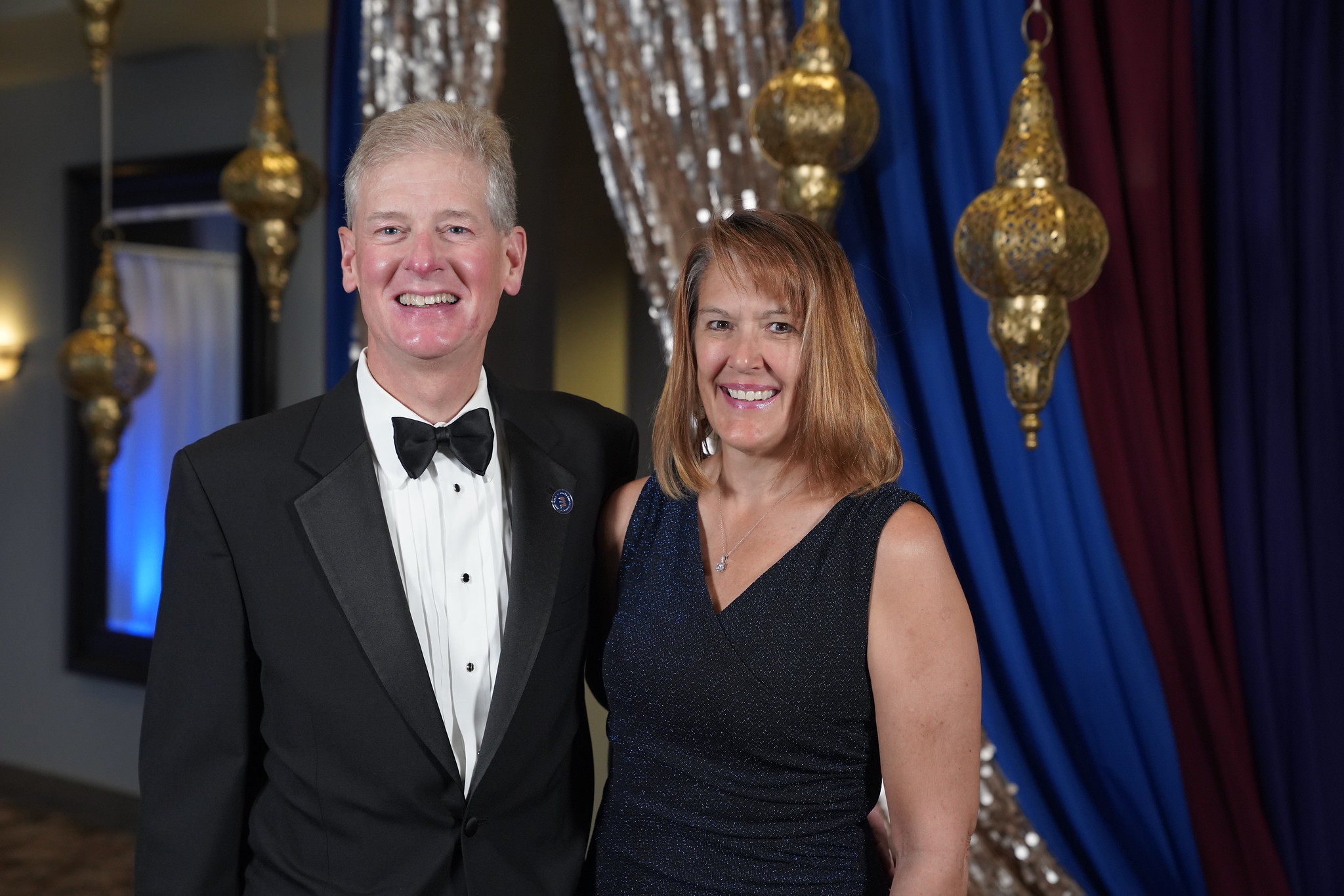 If you ask Trudy (ChE 84) and Rich Wells (ChE 82) what this world needs more of, their answer would be: engineers.

“We need more problem solvers,” said Rich, former vice president at Dow. “I’ve seen a lot of engineers during my professional career, and I feel like I can objectively say that South Dakota Mines is at the top in terms of producing people who know how to solve a problem and make something better.”

That’s why they have not only given a generous $1 million donation to the university’s New Heights campaign, but they’ve decided to retire in Rapid City so they can donate their time to Mines.

“It goes back to everything this university has given us,” said Trudy, who also spent time at Dow as well as 3M as a development officer. “Mines has given us the foundation to do what we were able to do all those years. And it’s been a very satisfying career.”

Rich and Trudy met when they were students at Mines in the early ‘80s, but it wasn’t until a Mines reunion in 1985 that both realized they may have found their life partner. Their careers took them to Texas, the Netherlands, Michigan, and then back to Texas. Rich, who grew up in Austin, MN, compares their choice to retire in Rapid City to his choice to attend Mines instead of the University of Minnesota.

“I was all set to go to the University of Minnesota, but my dad said, ‘Don’t discount that School of Mines place,’” he said. So he visited campus with his mother and fell in love with the personality of the campus as he saw students interacting on the quad. He also appreciated the individualized attention he received from the department head, who was curious about his goals and didn’t hesitate to arrange meetings with other professors. By noon Rich told his mother, “This is where I’m coming.”

They have remained connected to Mines throughout their careers, supporting scholarships and serving on several committees. Trudy is on the advisory board for the Business Management in Technology program, and Rich is on CARA’s Board of Directors and the University Advisory Board. Both are also a part of the cabinet for New Heights: The Campaign for South Dakota Mines.

Trudy, who grew up in Lemmon, SD, knew since the 7th grade that she wanted to attend Mines, and that dream came true in part because of scholarships.

“I attended math contests and track meets on the campus growing up, and I fell in love with this school,” she said. “My first year was all scholarships. Without scholarships, I don’t know if I would have gone.”

Supporting veterans has always been important to Trudy and Rich, but it has a different meaning now since one of their sons has graduated from West Point and is a captain in the U.S. Army. Throughout their careers, they noticed that companies could do a better job of not only supporting veterans as they transition into the corporate world but of recognizing how the skills they gained in the military could benefit the organization. In working with the Veterans Resource Center at Mines, they hope to help veterans successfully transition to university life as well as educate the campus and future employers about the strengths veterans bring to the classroom and the workforce.

“We also need to let the corporate world know that South Dakota Mines has a large veteran population and that we are preparing them,” said Rich. “That will bring more companies in to recruit because they want to hire veterans.”

Aside from working with corporations, the two hope to spend a fair amount of time promoting Mines and STEM education in the community.

“My hope for this place is that it continues to be a premier producer of engineers,” said Rich. “But that means it needs to evolve, because the world is evolving, and the students are evolving. The population and culture here need to fit the 21st Century. I hope our contributions help the university do that.”

Rich said that initially, retirement was a scary thought.

“You begin to wonder, ‘What am I going to do when I get out of bed in the morning?’ But I’m only looking forward, and it’s in large part because of the ability to help this school,” said Rich. “We want to make sure that the next generation and the generation after that has the same opportunities this institution gave to us.” 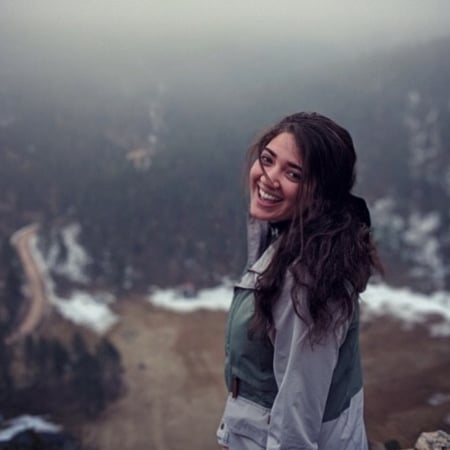 An Engineer on Wall Street 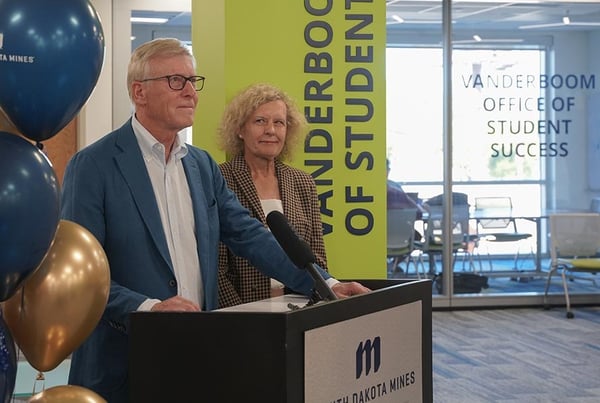