Jack Parks, a master blacksmith and owner of Fire Steel Forge in Piedmont, SD, has dedicated more than a decade of service to South Dakota Mines students. Parks has been instrumental in the creation of the university’s Blacksmithing Club and a mentor to students in the Department of Materials and Metallurgical Engineering (MET).

“Jack helped us get our fledgling blacksmithing program off the ground, including helping start our ‘Hammer Ins” that take place every Friday,” says Michael West, Ph.D., MET department head.

Parks began meeting and working with Mines students and faculty in the mid-2000’s and took the lead on bringing a national blacksmithing conference to Rapid City in 2012.

“Jack went on to help spawn the whole TMS international bladesmithing competition for university students, long before ‘Forged in Fire’ was even around. Jack was the source of that,” says West.

Parks serves as a consultant for the department and his donation of equipment and time was critical in the creation of the 11th Century Viking sword replica that Mines students made, which won the 2017 International Bladesmithing Competition. His mentorship and guidance also helped students win special recognition at the 2019 TMS competition and capture second place in the 2022 event.

“He has continuously opened up his shop; he has capabilities we don’t have and that started getting students to the next level,” says Jon Kellar, Ph.D., the Douglas Fuerstenau and Nucor endowed professor in MET.

The Department of Materials and Metallurgical Engineering honored Parks for his dedication to the education of scientists and engineers at Mines with a plaque in the department hallway, which includes photos showing his work with students over the years.

To this day, Parks is frequently on hand Friday afternoons for the weekly Hammer Ins. His volunteerism has opened the door for a new National Science Foundation-funded program in the department called Arts + Engineering. The program  includes artists-in-residence who specialize in ceramics and other materials alongside traditional blacksmithing. The artists give students a hands-on experience that is then tied to classroom study of materials science and engineering.

“Just the practical knowledge Jack brings to the students helps them connect with the classroom,” says West. “The success of the artist-in-residence model Jack helped to pioneer is now being replicated in this new NSF grant,” says Kellar. 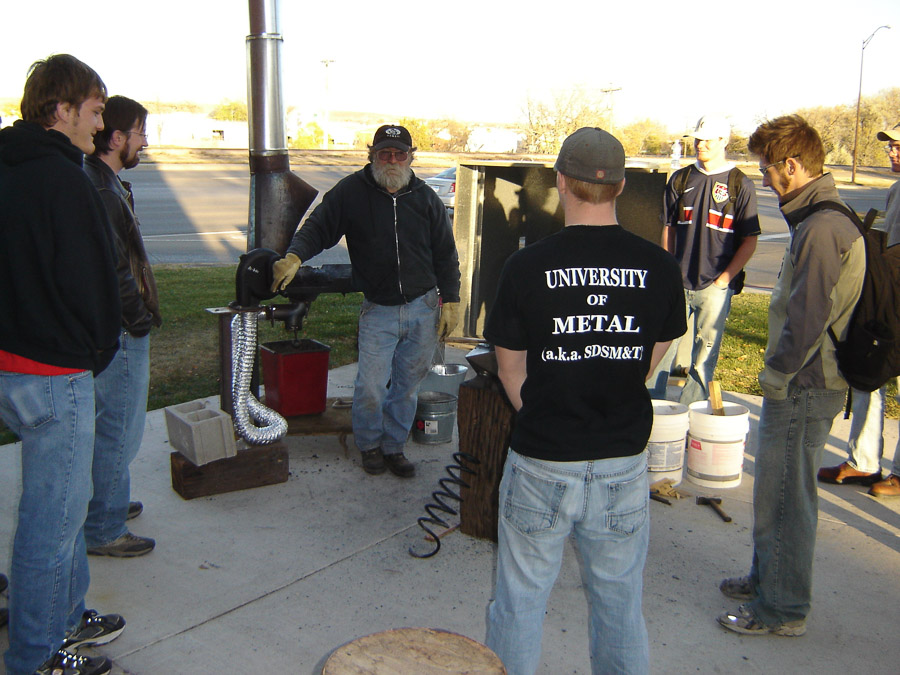 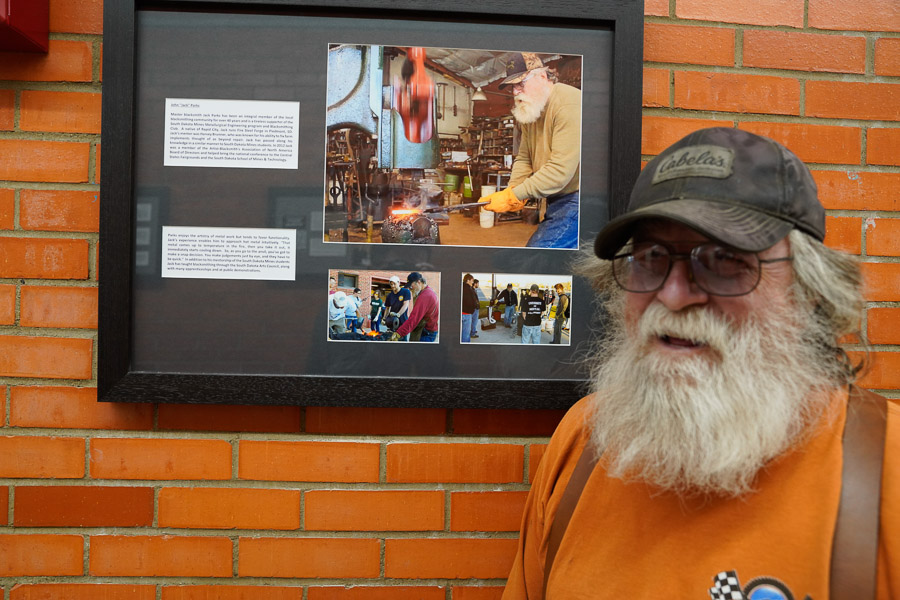 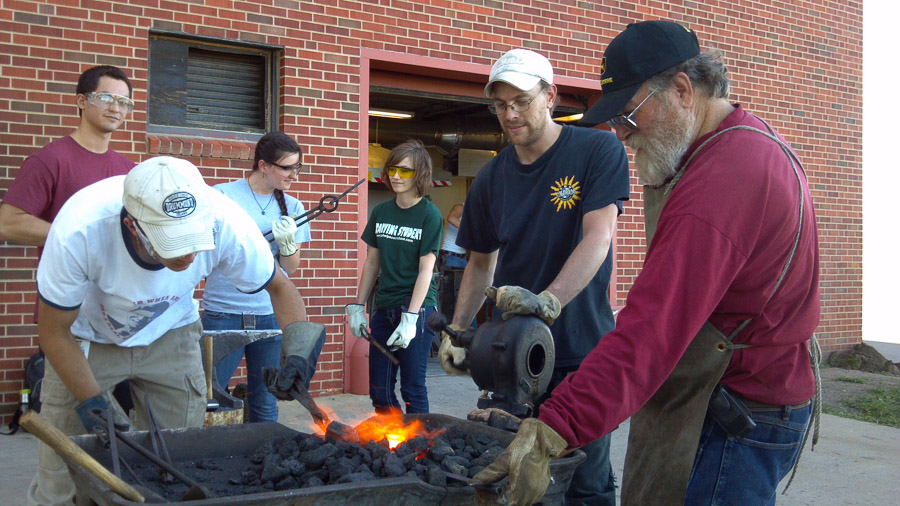 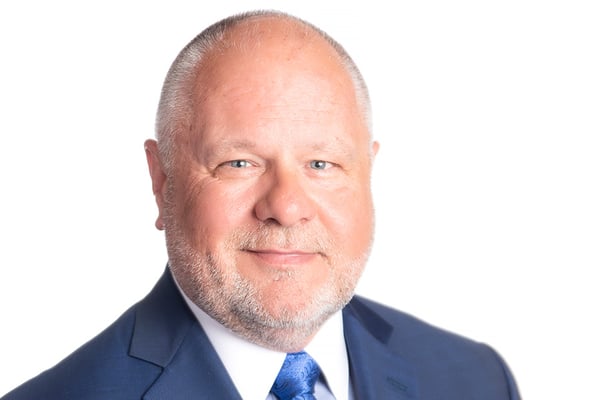